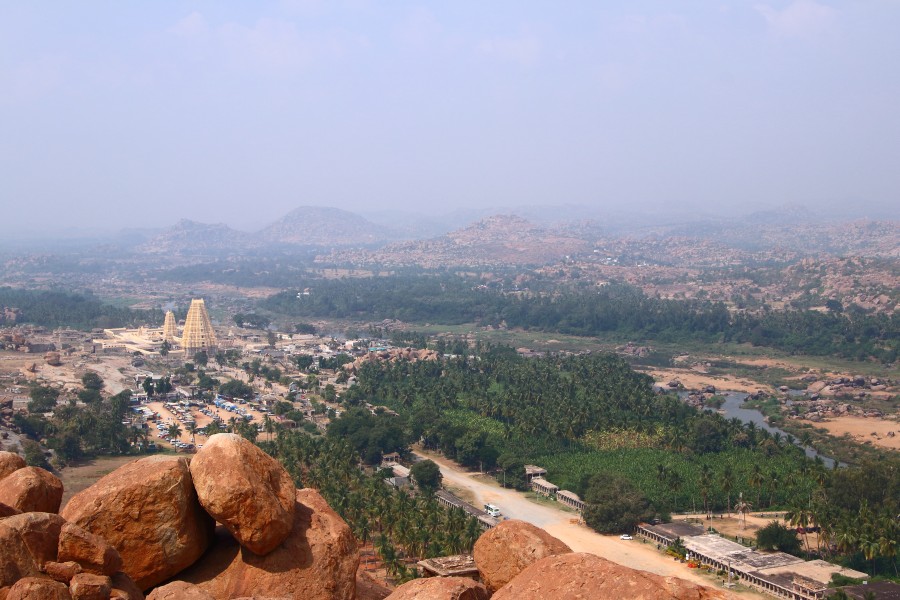 After intensive sightseeing of the surrounding temples, we decided to spend the next day in Hampi… even more actively 😉 Encouraged by the vision of breathtaking views, we crossed the river and then went towards Hampi Bazaar, from where we began trekking to the highest peak in the area – Matanga Hill.

When planning our trip to Hampi, we knew that we must go to the most picturesque viewpoint in the area – Matanga Hill. In addition to beautiful views, this hill also boasts that it is one of the holy places from the famous Ramayana epic. According to Hindu mythology, this mountain was once a hermitage of the sage named Matanga. Once upon a time, the monkey king Vali killed the demon Dundhuvi and abandoned his body on a hill. Enraged by this shameful act, the hermit cast a curse on Vali if he dared to climb the hill. Years later, Dundhuvi’s son, wanting to avenge his father, drove Vali into a cave near the hill. Vali’s brother, Sugreeva, stood guard at the entrance to the cave at his request. After some time, thinking that Vali was already dead, Sugreeva closed the cave door. This act terribly angered Vali, who wrongly accused his brother of treason and expelled him from the kingdom. Sugreeva, with no other choice, hid with his general on a hill Vali had no access to. Eventually, the god Rama himself saved him from oppression, who killed Vali, and then appointed him ruler of the monkey kingdom. Well, you have to admit that Indians can invent interesting stories 😉

How to get to Matanga Hill?

To get to Matanga Hill, it’s best to start early in the morning towards the eastern end of Hampi Bazaar, where the two main routes to the summit begin. We, quite by accident, decided on a slightly more difficult, stepped route west of the hill. Another alternative and probably a bit more interesting route is the one leading east through three climatic temples – Vishnu, Hanuman and Achyutaraya. Regardless of which route we choose, each of them will lead us to the small, but still willingly visited by pilgrims temple of Veerbhadra, a deity who is the embodiment of Shiva, whom the locals once worshiped. It took us about thirty minutes to reach the gate of the temple, although we must admit that we sweated well 😉 Especially that the end of the route was quite steep, we walked on slippery and shaky stones, and the heat was pouring down from the sky.

Fortunately, all the hardships of climbing compensated us for the amazing views from the terrace of the temple, which are reportedly extremely beautiful during sunrise and sunset. Although we were not able to convince ourselves of this, what we saw met and even exceeded our wildest expectations 😉 For our eyes appeared breathtaking, panoramic view of Hampi and the entire area, including the Tungabhadra River, a picturesque plantation banana trees, the Virupaksha temple and the mystical Hampi Bazaar. From the top of the hill you can also admire the 16th-century temple of Achyutaraya, one of the last monuments from the glory days of the city. Although most of the complex has long been destroyed, from a bird’s eye view it still looks really great. If anyone else wondered if it is worth climbing Matanga, the following photos should dispel all doubts 😉 Just remember about proper footwear, hydration, a good sunblock and a hat!

A visit to a laughing Buddha

After climbing the Matanga Hill, we decided to go for a short walk around the Virupaksha Temple, and then we went across the river to the popular Laughing Buddha pub. This restaurant was located near our guest house, and its greatest advantages include the hippy climate and the idyllic view of the river, temple and surrounding ruins. The menu includes both Indian and Western dishes, including quite good pizzas and burgers (while in India, you must try the pizza, it tastes a bit different from Italian, but we have to admit that Indians also make it great ;)). That day we decided on paneer butter masala (marinated paneer cheese in a creamy tomato sauce) and thali (of course in the veg version, because mainly this version can be obtained in Hampi). Unfortunately, it turned out that everything tastes quite average, and the aesthetics of serving dishes also left a lot to be desired. However, this does not mean that we completely crossed out this place – in no other pub in Hampi you will not find equally nice views. For this reason, we leave the Laughing Buddha with mixed feelings.

After a not very satisfying lunch, we decided to come back to our hotel – Shanthi Guest House . This place offers quite atmospheric thatched houses with a relaxing view of the surrounding rice fields and the river. From the swings located on the terrace of selected houses, we can also admire the beautiful sunsets. The huts are modest, although we have to admit that they are very well maintained and their standard is one of the best in Hampi. An additional advantage of this place is that it has a “salon” of Ayurvedic massage (we recommend it only to enthusiasts of strong sensations ;)) and two restaurants, including one climate, with comfortable pillows, where meals can be enjoyed with a nice view of the surrounding nature. The disadvantages include the fact that breakfasts are not included in the price of the room (we paid about two thousand rupees per night) and the fact that there is not much to do in the vicinity of the hotel (unless you are interested in buying clothes and souvenirs, this is abundant here). You can rent bikes in the village, but their condition leaves much to be desired, and the local roads are not adapted to them at all (besides, the whole area can be traveled in less than an hour). Not only that, while walking around the area it is also easy to come across heaps of rubbish and locals burning their waste in the woods…

The location of the Shanthi Guest House (in Virupapur Gaddi, on the so-called “hippy island”) has its pros and cons. The hotel is located on the opposite side of the river from Hampi Bazaar, which means that the area is much calmer than in the center, but to get to all the ruins and temples, it is necessary to cross by boat, and this is only possible at certain times (from about 7.30 am to sunset), and there will not always be someone willing to take us with them (especially when there are not enough passengers). The cost of traveling by boat is not significant – it is around 20 rupees per person. Apparently, the problem is solved by itself when we arrive in Hampi during the period when the water level allows us to overcome the river on our own. However, we do not recommend this method to you, because the local waters are supposedly full of crocodiles (which is indicated by numerous signs). However, this fact does not bother the inhabitants, who (as in many places in India) all their daily activities – from morning baths to hand washing clothes – perform in the river. Well, every country is a different custom 😉

Hampi made a very positive impression on us, although we must admit that it is slowly beginning to lose its intimate character. There is nothing to hide – newcomers from the West have long known about this place and from year to year they are coming here more and more often, therefore those of you who count on being the only tourist in the area will be terribly disappointed. However, if you ignore this fact, in our opinion the town has a lot to offer. Amazing views, unparalleled landscapes and atmospheric temples are just some of the reasons to visit this place. And it’s best to stop here for a long time to discover Hampi at ease, in a relaxed manner, with a grain of salt. And then it will certainly repay us 😉 Namaskār, Hampi! 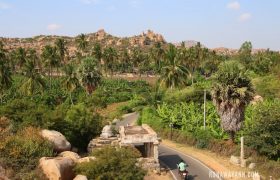 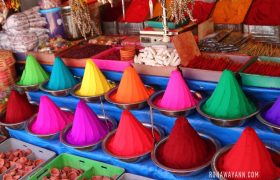 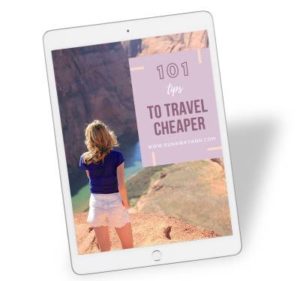 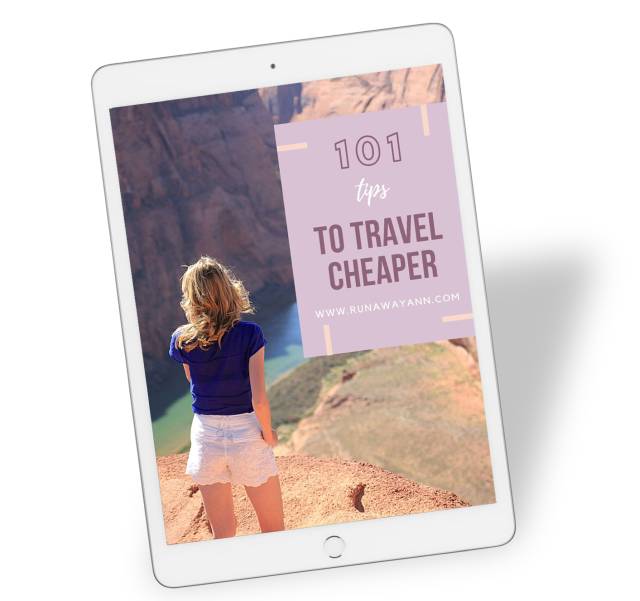